← more from
Beyond Beyond is Beyond Records 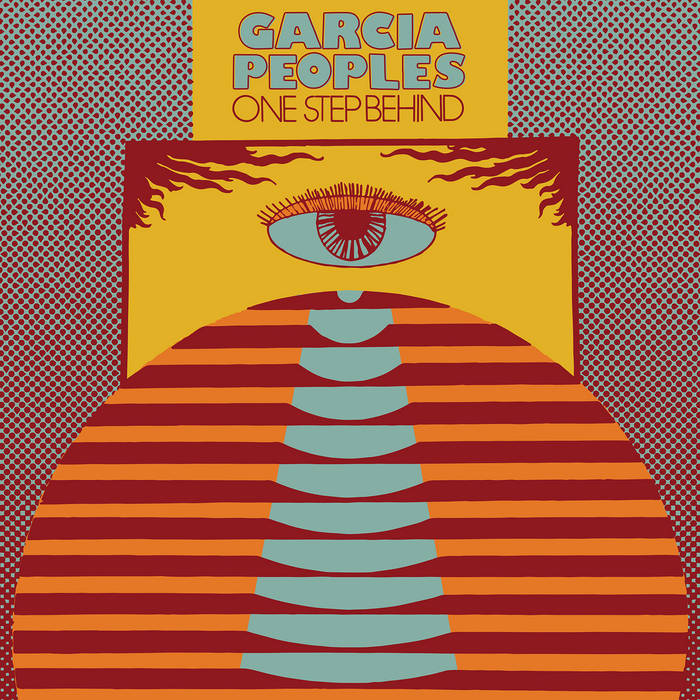 Robert Bloemkolk Still on their own strange trip. Taking their sweet time as well. One step behind is - again - classic Dead in spirit but this is very much the Peoples Monster Jam. And yes, it's cleaning up your third eye time. Favorite track: One Step Behind.

THOMAS BLAIN Five stars. Just three tracks and one is an edited down version of another but there is so much music in those few tracks. One Step Behind is breezy, pyschadelic, jam-bandy and at the same time catchy. Its 30 minutes long and has many changes but the core song is just a great journey. Heart and Soul is like Skynard, Allman Brothers, throwback that is entirely original. I can't stop listening to this collection. Favorite track: One Step Behind.

eldudowski second song is gorgeous and elegiac, easier to absorb than the main course, need to breath that in for a while. shades of arboretum and howlin rain in the vocal melody. the peoples are on a long strange trip alright. Favorite track: Heart and Soul.

Ghigigi One Step Behind represents a massive step forward for Garcia Peoples. Their roots as garage rockers who blended classic and modern sounds into something distinct and fun are still there. But this album demonstrates something much more ambitious. At no point does any of the music here feel superfluous; the movements of the title track feel natural.

J. M. Hart aka rowjimmy The young rockers go long and it's worth the ride. But don't sleep on the lovely come-down track, "Heart And Soul." Favorite track: Heart and Soul.

** And yes, friends, this is a full-length LP containing two tracks. "One Step Behind" is almost 32 minutes and spills elegantly onto side B. While "Heart and Soul" (at 8 minutes) closes out the album.

Welcome to the sound of Garcia Peoples at full speed. Without losing a ray of sunshine or a drop of dew, One Step Behind is the first major statement by the malleable Brooklyn sextet. The 32-minute title cut highlights the twin guitars and songwriting of Tom Malach and Danny Arakaki and, instead of pointing itself towards one possible future for the band, just zaps itself square into the thick of it. Encompassing a range of moods and scenes in one flowing arc (plus a coda), it’s less a piece of music to listen to than it is a zone to occupy, a portal for all open-eared heads.

The band’s third album in a year-and-a-half, One Step Behind is unquestionably their boldest yet. Formed in New Jersey by Malach and Arakaki, the band took a few years to find their flying shape, solidifying into a lineup with Danny’s brother Cesar on drums and Derek Spaldo on bass by mid-2016. Ramping up their acceleration around the time of their 2018 Cosmic Cash debut, they’ve blasted through residencies and new songs and sessions and collaborations, leaving a trail of live tapes in their wake, along with the crashing power of 2019’s Natural Facts follow-up, and scaling ever upwards. It’s been a little dizzying to watch. You’re jamming with who? Even so, One Step Behind might still come as a surprise to those who’ve been keeping up with the tapes.

It’s not quite the literal flip, since the title piece sprawls over onto the back of the LP, but the second song on the album--only eight minutes--is another new move for Garcia Peoples, too. Written and sung by bassist Derek Spaldo, moving over to piano for the first time, “Heart and Soul” is a more contemplative place for the band. Appearing on record for the first time is Andy Cush, who occupies the bass chair for most of the band’s shows, Spaldo now dwelling outside of regular gig range. Intending to record Spaldo’s gentle song as a short postscript, “Heart and Soul” grew into its own soundspace, as Garcia Peoples’ songs sometimes do. Gubler plays flute, and they go full glow.

With a stash of live recordings accumulating at the Live Music Archive, Garcia Peoples’ music is very much a living entity. Since the release of their previous two albums, songs have started to expand, jam suites have grown, and experiments have been undertaken. The first part of 2019 has seen Garcia Peoples back Philadelphia guitarist Chris Forsyth (an expanded Solar Peoples Band has hit double-drummer overdrive several times now), and joined with guitarist Ryley Walker. They’ve improvised on WFMU, and jammed with the sounds of ocean waves and falling rain at strange late night happenings. Probably something else new and wonderful and weird has happened in the Garciaverse since I wrote this.

Whether or not you thought you knew Garcia Peoples’ music, One Step Behind is something new and beautiful, for new heads and old. No matter where you stand--behind, beyond, or another plane altogether--One Step Behind is ready. For those about to get on the Bus, we salute you.